This painting is named after the small rodent that haunts its dark
caverns and recesses. It is typical of John Dunkley's style during the 1930s. Rosette-like
forms, lopped off tree trunks, spiders webs and the winding road draws the viewer into
Dunkley's sombre nocturnal world.

The painting's overriding sense of solitude and gloom is
reinforced with the monochromatic use of black and white pigment, applied in varying
degrees, sometimes to achieve a heavy encrustation of paint at other times to refine and
define a flat surface. There is nothing spontaneous about this work. Its design is
considered, balanced and well-ordered, underscored by Dunkley's meditative application of
paint. Although its content might be associated with a child's fairy story, Jerboa is by
no straightforward narrative. Instead, the viewer is forced to interpret the strange
images and symbols that push beyond the realm of reality into a world of fantasy. These
works are not familiar in our daytime experiences, they are essentially nocturnal visions;
the dream world of our nightly explorations when the soul goes travelling beyond the pale
of moonlight. Dunkley leads us on this quiet mystical journey, through lonely roads and
paths bereft of humanity. This is an inward journey, deep into the recesses of the mind,
and even deeper still into the soul of a man who had become familiar with these quiet
paths, indicative of life's lost opportunities.

Indeed, Dunkley's early years appears to have been plagued
with misfortune and loss. Born in Savannah-la-Mar in 1891, he suffered an eye injury at
the age of seven that hampered further schooling. At fourteen, glad for the opportunity to
travel, he left Jamaica en route to Panama to start a new life with his father who lived
there. Again, tragedy struck. In Panama he found that his father had recently died,
dashing his hopes for the future.

From Panama, Dunkley travelled through South and Central
America trying to amass sufficient funds to study dentistry. With the outbreak of World
War One, however, these hopes never materialised. Instead he became a sailor, which
allowed him to travel the world still further.

Dunkley eventually returned to settle in Cheriqui, Panama
where he produced his first paintings and was influenced by the painter Clarence Rock. He
would not return to Jamaica until 1926, then in his 30's, he married Cassie Dunkley.
Together they ran a small barber shop on Princess Street, Kingston. There, young men
congregated to discuss local politics, world affairs and to enquire about his latest
paintings. There also, Mr. Molesworth, Secretary of the Institute of Jamaica, first became
familiar with this works and encouraged Dunkley to exhibit.

Although Dunkley did not exhibit paintings regularly, he
became known to the small group of artists who painted at the Institute of Jamaica
although he never became a member of this group. Somehow Dunkley knew that his methods and
concerns were different. He continued to paint until his death in 1946, little acclaimed
for the fine works he had created. 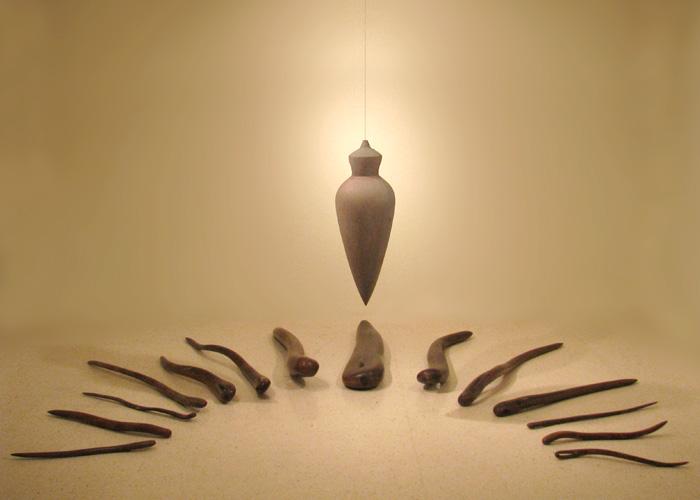