Alexander Cooper studied at The Jamaica School of Arts and Crafts in its earliest days of operation. He came from a generation of painters that were the children of a newly formed Jamaican nationalism. He grew up admiring the works of other Jamaican painters such as Albert Huie and Ralph Campbell and took to painting in a similar manner creating genre scenes that documented everyday scenes of Jamaica’s city and rural life. As with many artists in this period, after leaving the art school in 1959, he went abroad to study in New York but returned home to make his own contribution to a newly independent Jamaica.

During the sixties, as a member of the Contemporary Jamaican Artists’ Association founded by Eugene Hyde, Barrington Watson and Karl Parboosingh, Cooper demonstrated an interest in abstraction and contemporary styles of painting, but even then, he was essentially a figurative painter. In the 1970s, he taught painting at the Jamaica School of Art communicating his vision to many younger artists then influenced by his representational style.

Cooper is an accomplished draftsman and painter. Whether in paint, watercolour or ink he is able to render scenes with accuracy and verve. His style, although regularly copied by less competent artists, is readily recognisable, distinguished by his use of line drawing and his vigorous application of pigment, often in brilliant colours.Alexander Cooper has always been a favourite of Jamaican collectors. This may be because his works are nostalgic. ‘Old time values’ has been a long held theme for him. And even though he divides his content equally between modern city and rural scenes he brings a reverence and respect for Jamaican life that few viewers can resist.

His recent exhibitions such as Celebrating the Mothers 1999 and The Village 2002 demonstrates his interest in traditional values and using painting as a medium for social reform. These themes have also made his work attractive to collectors abroad such as Sidney Poitier, Ruby Dee and Angela Bassett, collectors of African American Art who recognize the same strains of race pride in his work. In addition, Cooper is a prolific artist, creating and selling work for visitors to Jamaica, as well as completing commissions for Jamaicans abroad, who are keen to collect paintings that provide some memory of home on their walls. As a result, Alexander Copper’s his work is considered highly collectable and can be found in many local and international private collections. PA-S 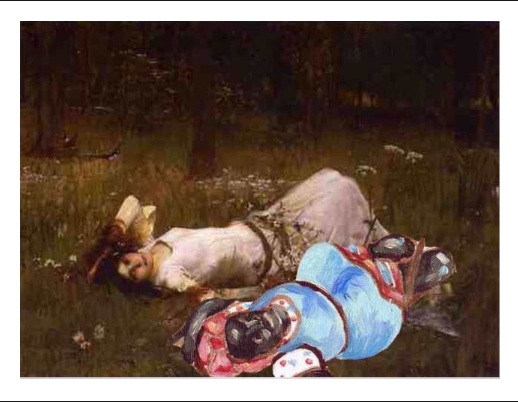