The development of Ralph Campbell’s career as a painter parallels similar developments in Jamaica’s modern art history. It is not surprising that his maturation as a painter mirrors the same process of maturation in Jamaica’s cultural institutions, since a great deal of his artistic achievements were due to their foundation. In his lifetime as an artist he experienced the birth of Jamaican art as well as its rise to public acclaim.

Initially attending the informal Saturday morning classes at the Institute of Jamaica, Campbell was one of the first students to benefit from the establishment of formal art classes at the DaCosta Institute and its outgrowth, the Jamaica School of Art and Crafts, In his earliest years he was taught sculptural modeling by Edna Manley, but painting was his strength. In time he would return to his alma mater as a painting tutor, making his own contribution to institutional development.

But Campbell’s education was not confined to Jamaica, in the 1950’s he was a beneficiary of a British Council scholarship and studied at Goldsmiths in London, later he would also study in Chicago. Throughout his career, his skills as a painter became more confident as was exposed to formal tuition and other artistic influences. This transition can be seen in his painting.

Campbell was always a representational painter, but his style was highly expressive. His paintings were always fresh and spontaneous, even after being exposed to art movements abroad, Unlike his contemporaries, Huie, Escoffery and Alexander Cooper he shunned style and painted with freedom and an awkward relationship to proportion and perspective. But one senses that his disregard of formal principles is willful rather than negligent. Whether painting nudes, or landscapes, he was a painter of bold gestures and expression suggestive of the French painter Cezanne before the advent of Impressionism. His work reflected the energy and vitality of his robust personality.

In terms of content, he was a true ‘son of the soil’ focusing on themes that demonstrated his strong sense of nationalism. He was a true genre painter documenting scenes around him that reflected his commitment to an independent Jamaica.

Campbell died in 1985, his work is considered highly collectable and can be found in many local and international private collections. 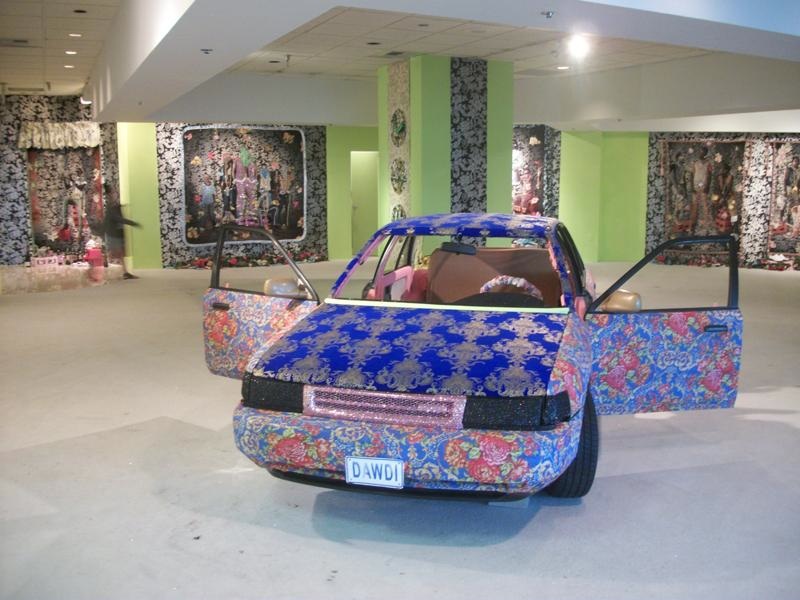