This passion for the island has been evident throughout its history; the later indigenous Taino Indians carved its Gods (Zemes); later the European colonisers prefered to paint landscapes and images of the plantocracy, and although slavery inhibited the creativity of larger population who were of African decent, by the beginning of the twentieth century ideas of Africa were retained and translated into the sculpture and paintings which focused on Jamaica as home. Since the 1920's Jamaican artists have played significant role in providing images, such as Edna Manley's Negro Aroused 1936, Albert Huie's Noontime 1943, Barrington Watson's Mother and Child 1958 or Christopher Gonzales' Bob Marley 1982 so important to nation building.

Today the Jamaican art scene is enlivened by the tensions that inevitably result when state patronage, corporate sponsorship, a commercial art market and art education institutions jostle with each other. Kingston boasts not only a national art gallery but also numerous commercial galleries as well as small traders who do a modest trade selling paintings on the street. Exhibition openings are frequent and inevitably attract the urban elites who regularly outbid each other with their purchases. Interestingly, most art collectors are happiest when purchasing work of "local" artists; it's seen as a healthier investment. In the tourist areas, there's plenty of "kitch" souvenir art to wade through but the visitor with a more discerning eye, can tour the smaller galleries dotted around the island in search of something unique. Again, the choice is not limited to painting and sculpture - ceramics, textiles, batiks, furniture and photography all add to the mix.

For the collector who wants to keep up with art trends, many of Jamaica's younger artists are enjoying increased visibility abroad. Their brand of neo-expressionism, bold imaging, heightened colour and politicised messaging has earned them much exposure internationally. Similarly, self-taught artists like Everald Brown, William "Woody" Josephs and Leonard Daley ( in Jamaica called "intuitives" ), have unorthodox ways of imaging their Jamaican experiences, which have earned them acclaim both at home and abroad. All this adds up to a picture of Jamaican art which is rich, dynamic and engaging and well worth a look. 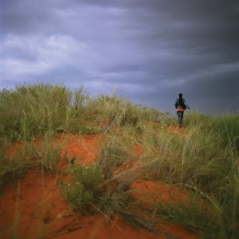