Although better known as an abstract painter of nature, Hope Brooks has never been shy about including political content in her work; dealing with subjects such as the US bombing of Afghanistan Tings cuda wurs (2001), human rights Justice Denied (2010) and Confessions of a Policeman, 2010 or environmental issues such as Painting for the Planet Earth (2011). In her latest solo show, People and Their Stories: Then and Now! at the Mutual Gallery, Kingston, she turns her attention to race and issues related to history, nation and identity. Using the head as a recurring image she compulsively demonstrates her preoccupations with slavery as part of the colonial story that has tied Jamaica to both Africa and Europe.

In her typically unrelenting way, Hope creates a family of images that is not portrait painting in a conventional manner. Instead, Hope explores the human condition in its most existential sense, carefully meditating on the nature of our being, beyond nomenclature, physicality, or social hierarchies. In this year 2011, declared by the United Nations as the International Year for People of African Descent, Hope Brooks' Benetton coloured heads remind us that Africa is the cradle of humanity and that our concern with that continent and its diaspora, is a concern for the self and each other. 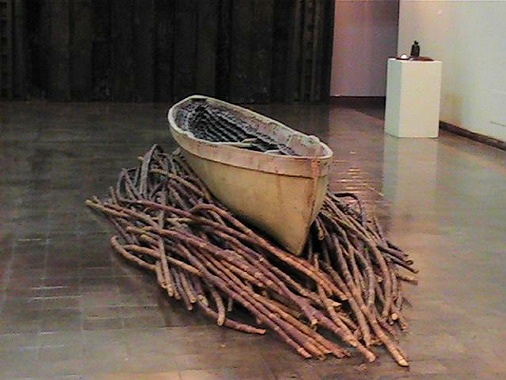